South African singer Zahara is calling for a sit down with DJ Sbu to discuss the issue of payment for her album Loliwe. The matter was brought up once again after Advocate Barry Roux tweeted, “Can Zahara re-record the Loliwe album so we can buy it all over again and the money goes straight to her, is it possible?”

To which DJ Sbu responded that Zahara had been paid for the album and he shared documents from the label to state as much.

Zahara however, did not appreciate Sbu’s response and called him out saying she has to date not received payment for the work she put in on Loliwe.

“It’s all lies!” Zahara was speaking to TshisaLIVE.

“I haven’t been getting anything since I left the record label, and I saw recently that my music was uploaded on digital platforms without me knowing, which means they sold my records to somebody and it means I need to get a cut for it.”

The singer said she had made numerous attempts to reach Sbu who she last had contact with a year and a half ago but there doesn’t seem to be any urgency to respond to her. While she has considered taking the matter to court, she knew she wouldn’t be able to afford the legal fees.

Last month the singer was been found guilty of contempt of court in a case brought against her by the South African Revenue Service (SARS) for failure to pay her taxes.

Next Clint Brink opens up about suffering with psoriasis

Zahara ordered to hand over passport as legal woes continue 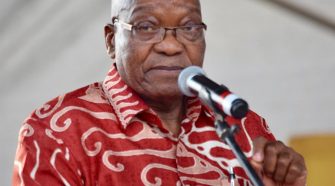