An angry woman has been sighted by Ghanaflaver.com in a video going on a rampage and destroying his boyfriend’s properties after she found that he has been sleeping with other ladies.

Her hot temperament spiraled out of control as she smashed the windscreen and windows of his car before proceeding into the house.

Once she was inside his room, she started destroying almost everything her eyes fell on as she channeled her frustration and anger on his electrical appliances, starting off with his refrigerator.

Her action has divided opinions online as some thought she had every reason to be angry but went too far. Meanwhile, the man question wasn’t around and it took a neighbour to intervene and beg her to stop the destruction. 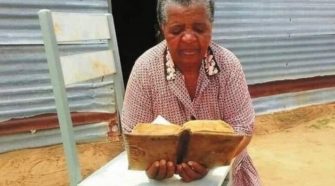