Pamela April 13, 2022
POLOKWANE – Two suspects including police sergeant have been arrested in relation with the kidnapping of Refiloe Malope who has been missing for more than a month.
The 31-year-old woman was allegedly taken by force by two suspects who were seen shoving her into the boot of a sedan at Kgaphamadi village under Hlogotlou policing area on 09 May 2022.
Two suspects, a 40 year-old Police Sergeant stationed at Benoni police station in Gauteng and his accomplice aged 39 were nabbed during a joint intelligence driven operation that was conducted by the Limpopo Tracking Team, Provincial Organized Crime and Hlogotlou Detectives.
Limpopo Police Spokesperson Motlafela Mojapelo says the police Sergeant was arrested while at work on Tuesday 21 June 2022 and his accomplice was apprehended at his hideout on Wednesday in Apel policing precinct.
He says the team is currently following up on the information that the suspects might have murdered the woman and dumped her body into a discontinued ventilation mine shaft in Benoni, Gauteng Province.
Mojapelo says the search operation will commence as soon as the necessary equipment to access the shaft are made available.
He says the suspects will appear in Nebo magistrate court today, facing charges of kidnapping and obstructing the course of justice.
#seshegoandmoletjienews

Previous I killed my own father for insurance payout- Sizwe Ncumatha 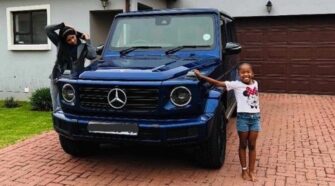 Lady Du thanks her fans for helping her buy a house