Zodwa Wabantu’s quest to make her ex-boyfriend Vusi Buthelezi pay for stealing from her has reached new levels, as she took it upon herself to confront his sister.

Earlier today, Vusi and his sister made light of Zodwa’s video which claimed that she was going to find him, and shared their own clip which showed them together. She is heard showing off her brother and asking for the reward Zodwa pledged to the person who found Vusi.

Zodwa acknowledged the video which made a mockery of her and subsequently followed it up with her own video showing her confronting Vusi’s sister at her home. The woman is seen keeping quiet as Zodwa threatened her, and asked her if she still wanted the reward. Thereafter she tried to retreat back into her house by jumping over the fence.

Zodwa captioned it with, “I’m at Vusi House I find This B*tch they Made the Video Together Sebenza Mali Yam Uzonya”.

Previous Bob Mabena to be remembered at memorial service in Johannesburg

Next Lasizwe: I Don’t Mind being Straight for You Zodwa Wabantu

“I Slept With A Rich Man So I Could Bury My Mother”: Zodwa Wabantu 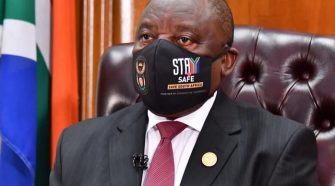