In 2017, the actress was reportedly involved in an accident, according to City News, which resulted in a 33-year-old man being paralyzed.

As she was speeding, Zinhle obviously had a red Toyota corolla, which she claimed was because she felt someone was chasing her.

At the time, Zinhle was driving her husband’s Porsche. The family claims that for too long, they have been silent. The man was being nursed by his dad, but the family needs the truth to come out now that the father has passed away.

“The family believes that Afriforum will help them get justice just like how they managed to get Duduzane to face justice on a similar case,”

Police spokeswoman Kay Makhubela says there is no record of her case lodged with the police in a strange twist of events. Which indicates that she has never been convicted.

Previous Matric results to be released on time

Next Siv Ngesi stuns in drag 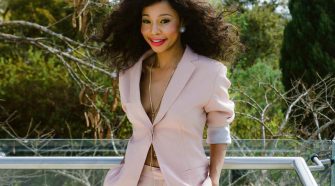 Kelly Khumalo Says Her Daughter Is Not Meyiwa’s