Popular singer and songwriter Zahara, who hails from East London, has been ordered to hand over her passport by the end of Thursday.

She must also report to the Roodepoort police station twice a week.

The singer, whose real name is Bulelwa Mkutukana, failed to appear in court earlier this year on tax-related charges.

Zahara is being charged in her personal capacity as well as the representative of her company Zahara Trading (Pty) Ltd for allegedly not filing personal and company income tax.

Zahara failed to appear in court in April this year and a warrant was issued for her arrest when she appeared in early June.

The Magistrate found her reasons for previously not appearing, unreasonable.

He found her guilty and fined her R1 500 or three months in prison and ordered her to attend her next court appearance on the 25th of June.

The matter was postponed for disclosure of the contents of the docket to her legal representative.

Next Why Jessica is trending Number one on Twitter

Zahara Loses another Loved One 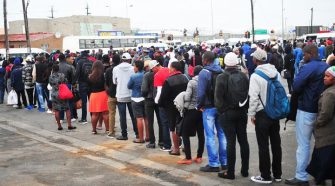