Where and when to watch Prince Philip's funeral - Taxi Times

The royal family has revealed details of the final farewell for his Royal Highness Prince Phillip who died at the age of 99 on Friday, April 9.

They paint a picture of a drastically scaled-down ceremony due to the pandemic, which according to those who knew the Prince intimately, would not have bothered him in the least – he was known for his down-to-earth and unpretentious nature. The COVID safe funeral will take place at Windsor Castle’s St George’s Chapel Saturday 17 April starting at 3 pm in the UK (4 pm SA time). It can be viewed live on BBC.

In a touching tribute and in line with his personal wishes, Prince Philip’s coffin will be driven from the State Entrance of the Castle to the West Steps of the Chapel on a specially modified Land Rover he helped design himself. The ceremony will then be attended by just 30 of the Duke’s closest family and friends.

Despite his advanced years, the royal family has said that they have been left devastated by his death. Prince Charles referred to him as “the grandfather of the nation”, a sentiment echoed in the huge outpouring of sympathy from royal fans across Britain since his passing.

Meanwhile, it has been confirmed that Prince Harry arrived in Britain on Sunday from California, where he has been residing with his wife Meghan Markle and their son Archie. Meghan is heavily pregnant with their second child, a girl, and has been advised by her doctor not to travel. This is Harry’s first visit back home since quitting royal duties and that bombshell interview with Oprah Winfrey. It is speculated that he will be attending the funeral dressed in a suit, having been stripped of his military titles.

The Duke of Edinburg is currently lying at rest at Windsor Castle.

Previous Where and when to watch Prince Philip's funeral 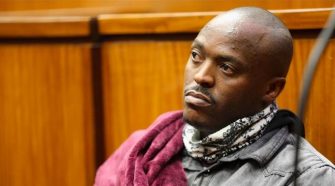