A warrant of arrest has been issued for the husband of Lesedi FM Presenter Dimakatsi Ratselane who was brutally attacked last week.

Police Spokesperson Brigadier Motantsi Makhele says Mackenzie Ratselane is their number one suspect and is believed to be on the run.

He says as of Monday Mackenzie will be treated as a suspect in the attempted murder of his wife Dimakatso.

The radio personality who presents a Current Affairs program on Lesedi FM was stabbed multiple times on Friday near a popular tavern in Dinaweng.

Its believed that Ratselane and her husband, argued on their way to fetch her children.

The presenter was found covered in blood by residents and her friends and was rushed to the Pelonomi Hospital.

Brig Makhele says all efforts to trace the suspect has been in vain.

Next MKMVA at Nkandla to protect former president Jacob Zuma 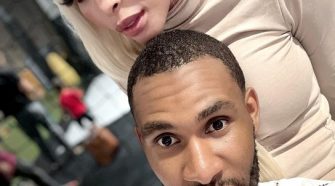