It was their umpteenth appearance in connection with the discharging of what appeared to be an automatic assault rifle at the EFF’s 5th birthday celebrations at the Sisa Dukashe Stadium in Mdantsane.

The incident on the 28th of July 2018 was captured on camera.

Magistrate Toinette Olivier presided over Monday’s proceedings in the East London Regional Court where the matter was postponed for trial.

The trial has been set down for the 23-27th of August.

The warrant that was authorised at their previous appearance in January was cancelled and both Snyman and Malema were warned to be in court on the 23rd of August.

Malema is charged with the unlawful possession of a firearm and ammunition and the Contravention of the Firearms Control Act.

Snyman, who is a security official, is also accused of Contravention of the Firearms Control Act.

Malema’s legal team has argued that the gun used by Malema in the video was a toy gun.

The charges were laid by Afriforum.

The EFF has given Basic Education a week to close schools. 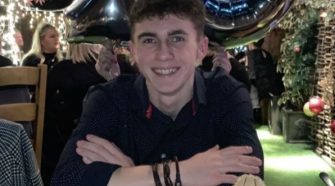