Greyhound and Citiliner have announced that they are closing operations.

As it winds down its multibillion-rand campaign of financial support for workers in South Africa hit in the pocket by the coronavirus pandemic, thousands of claims have been fraudulently launched by companies for dead individuals and non-existent staff, the UIF said on Monday.

So far, the UIF, an entity of the Department of Employment and Labour, has paid out R31-billion in 6,900,391 payments.
We have been assailed in certain quarters – sometimes deservedly so – for not paying on time, but in reality we have had to ensure that the system is not taken advantage of. We understand the frustration that some people may have experienced, but given all the permutations, it has been absolutely imperative that we ensure that we disburse the funds to deserving people,” said UIF commissioner Teboho Maruping.

“Through the vetting, we have been able to establish that there were at least over 4,000 claims – April (2,729) and May (1,944) – were lodged on behalf of deceased persons and the thorough vetting that has been instituted has picked up all these anomalies. As indicated by the employment and labour minister, we are following every cent that we have paid out and will continue processing valid claims, but some of these claims cannot be processed for obvious reasons.

Besides claims lodged for the dead, it has also become clear that some of the identity numbers used to apply for some of the workers do not exist. There were close to 50,000 invalid ID numbers used in April and this figure was slightly down to 43,176 in May.

“We developed this system in such a way that it would be able to talk to other public service institutions like SARS (South African Revenue Service) and the Department of Home Affairs. Currently, the UIF use of reference and ID numbers to prevent duplicate payments serves as one of the major controls, as well as verification of banking details, password protection, and checking claims against UIF and SARS databases,” said Maruping.

There were also ID numbers that could not be found on the government system. In April, there were 106,488 of these and in May the number was down to 84,278.

“As we repurposed the fund to deliver to laid-off workers, we also needed to build in the necessary financial controls and ensure the liquidity and long-term sustainability of the fund itself.

Minister (Thulas Nxesi) had directed that there will be no payments made by the UIF until the necessary controls were in place, as ultimately they would later be required to account to all government authorities and the auditor general on systems, processes and control of disbursing such huge amounts,” said Maruping.

The UIF said some of the reasons for the delays in processing of funds include employees not registered with the UIF whose existence it needs to verify with SARS. In April there were 218,548 such cases and 102,397 in May.

“In these cases, and realising the noble cause for supporting workers, we gave employers the chance to declare these workers through U-filing after which we would be able to pay. As a result, a total of 171,393 for April and 113,856 for May has recently been declared by employers on U-filing and we have either paid them or are in the process to do so,” said Maruping.

The Unemployment Insurance Act makes it obligatory for a company to declare all its employees with the fund and to pay over UIF contributions to the fund, and it has been in contact with these employers requiring them to confirm if indeed these are their employees, including some form of proof – whether through their payroll or SARS declaration.

The UIF said in some cases it has not received co-operation from the employers, which raised eyebrows on whether those workers were really employed at the companies concerned.

“We have bent over backwards by even advising these companies on how to declare their employees if indeed they work for them. Again on realising that the employees are not on the system, we have gone back to them to ask them to declare these workers and this is the outstanding information,” said Maruping.

“Unfortunately, the regulations were clear right from the beginning that a company or entity had to have been registered for UIF before the 15th of March 2020, but in April 18,648 claims were lodged and 3,052 in May. These cannot be processed.”

One of the regulations was that those who already have active UIF cases, either receiving benefits for maternity or unemployment, would not be eligible for TERS relief, yet the UIF still received 21,601 of these claims in April and 12,641 in May.

“We could not and still cannot pay in the cases of double dipping and we made this very clear at the beginning. The Covid-19 benefits necessitated not only new policies and directions, but also a major system change to cope with a tenfold increase in benefit payments. Prior to the lockdown, the UIF paid benefits only to retrenched workers who had contributed to the fund. The process was typically initiated by individual walk-ins to labour centres. This all had to be changed,” said Maruping.

He said the UIF will continue to process those claims that are in the system. The April and May applications are closed but the June applications are still active. The extra vetting means that instead of paying in 24 hours, the minimum time now is 48 hours.

Maruping said this is part of the commitment they made with the public representatives in Parliament to ensure that systems have the necessary integrity to withstand opportunistic characters trying to divert funds for their personal benefit. 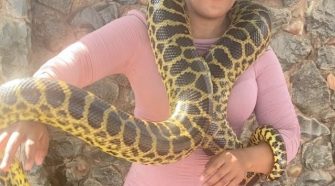