Letter that Chicco Twala has penned

Chopped off her Boyfriend’s private parts

The South African Human Rights Commission (SAHRC) has slammed the decision by the government to close schools stating it is “regrettable and unjustifiable”.
“The decision means that by August 24 2020 over 10 million South African children, depending on the grade they are in, will have lost over 50% or 100 scheduled school days as a result of Covid-19 school closures,” the commission said in a statement.

There has been mixed reaction to president Cyril Ramaphosa’s announcement about the closure of public schools.
In his speech on Thursday evening the president said that public schools would close from July 27 to August 24 — but matrics will only take a week off and grade 7s two weeks.

However The South African Federation of Trade Unions (Saftu) was pleased that Ramaphosa had responded “partially positively” to calls for schools to close.
“The president does not cite the work of epidemiologists who understand when we are reaching the peak of the pandemic, and what that means for decisions to close public schools and not private schools. The president acknowledges that there are differences of opinions without taking the country into his confidence,” the union said.
The union, also said the announcement lacked logic or an attempt to convince society with scientific statements.

The Educators Union of SA (Eusa) also welcomed the decision to close schools, though it said the plan on how schools would reopen lacked “scientific reasoning”.

“We maintain our call that all schools should close until it is safe to reopen. It is sad that we come to this victory [closure of schools] when teachers and learners have already died from the virus and thousands have got infected while at work,” the union said.

Eusa said the issue of private schools not closing exposed inequalities within the education system.
“We appreciate that the minister consulted widely with stakeholders, including the Governing Body Foundation, to assist her in preparing a report for the president and cabinet,” the foundation said.
“Pressure has been exerted by the teacher unions, supported by some civil society groupings, to close schools for the reasons they advanced, and they have prevailed.

“However, the Governing Body Foundation, along with other stakeholders such as the South African Council for Human Rights, education and economic researchers, and medical and scientific organisations, believed that children in South Africa would be better served if schools remained open, provided they could do so safely.”
The Governing Body Foundation noted the announcement with “reservation”.

Previous You will soon be able to apply online for protection orders: Justice Minister Ronald Lamola 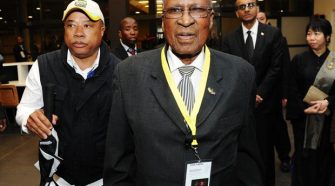