Over 800 arrested in KZN since Friday

Government not backing down on cigarette ban

A passenger refused to wear his mask on a FlySafair flight.

We have an update about the recent Kasoa killing and this time it has to do with the spiritualist who allegedly convinced the Kasoa boys to kill for rituals.

It could be recalled that when the teenage boys who killed the 10-year-old boy appeared in court yesterday, they said they killed the boy after a spiritualist they saw on TV asked them to bring a human body.

The two boys lured the 10-year-old boy whose name is Ishmael to an uncompleted building where they subjected him to severe beatings leading to his death.

The two boys were dragged to court and while in court they spoke about how they met the ritualist who told them to commit such atrocity.

The court proceedings were held at Awutu Ofankor District Court today and they confessed that a juju man they saw while watching television was the one that demanded human parts and a sum of GHS5,000.

According to them, the ritualist told them that once they bring these things, they are going to be billionaires.

The presiding judge, Her Worship, Rosemond Vera Ocloo has remanded the two boys whose identity are Felix Nyarko, 19, and Nicholas Kiki, 18 to spend two weeks in police custody.

The case has then been adjourned to April 20th, 2021. We are following this story very closely and we will be bringing updates soon!!!

Previous Rife among the LGBTQ+ community

Next Miss SA To Run For President

Sfiso Ncwane’s Widow Ayanda Reveals His Possible Cause Of Death 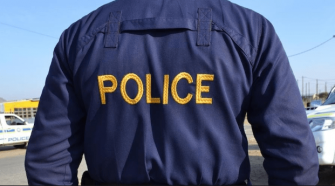 Dad shoots daughter, wife and niece before turning gun on himself