This is the reason why private schools did not need to close: Minister Angie Motshekga

Naughty Liquor in the Bay

Dr Melusi Dlamini has been suspended by his bosses at  Marie Stopes SA after he went Bezek on social media writing that at one point he caused someone to commit suicide.

This came out in the wakeSouth Africa’s Dr Melusi Dlamini suspended over tweet of podcaster MacG controversy. Dr Melusi Dlamini came under fire after he said had pushed someone into committing suicide by blacklisting them from all the universities in South Africa over a social media post.

He then shocked people when he said he would do it again without flinching and then warned those who make his life a living hell: “You will die”

“I’ve told you the story of how I got someone blacklisted from ever registering at any university in SA until he killed himself? All because he wrote an abusive post on social media. I’d do it all over again, without even flinching.”

“You don’t get to make my existence a living hell and expect me to be civil. You will die.”

After Dr Dlamini  removed his posts his employers then announced on Wednesday that they had suspended Dr Melusi Dlamini pending the outcome of an internal investigation into his conduct.  Marie Stopes South Africa said,

“We are aware of recent comments made by one of our employees on social media.

The employee in question has been suspended pending the outcome of an internal investigation.

At Marie Stopes South Africa, our commitment to providing non-judgemental, client-centred healthcare is unwavering and this is an expectation we uphold for all employees.” 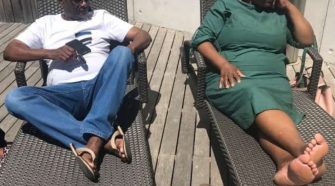 COVID-19: 54-year-old Battles for life in Hospital as family brace to tell him wife died of the virus