“We can confirm that we’ve got a number of crew members that were confirmed positive, or tested positive in the area of Gqeberha,” said Department spokesperson, Sizwe Kupelo.

He said  “some of them have been placed in quarantine” while the contact tracing continues.

Meanwhile, 14 crew members of a ship that travelled from India to the Port of Durban have tested positive for COVID-19.

Transnet National Ports Authority has confirmed the chief engineer of the vessel died of a heart attack.

The ship, which arrived at the port on Sunday, has Filipino crew on board and was on a 17-day direct sail from India to Durban.

Officials say upon arrival at the Port of Durban, the crew were all tested.

The authority has confirmed that the vessel is currently in quarantine at the port.

They say crews’ contact tracking and tracing is being underway.

Health Minister Zweli Mkhize said members of the Ministerial Advisory Committee would advise on the approach to managing travellers from countries that have Covid19 variants of concern.

He says all ports of entry into the country continue to employ stringent containment procedures to minimise the importation of COVID-19.

The Minister also assured the public that South Africa is on high alert for the B.1.617 Coronavirus variant from India.

On Monday, the Netcare Group confirmed it had treated a COVID-19 patient who recently arrived in the country from India and who is in isolation in a KZN hospital.

Next "forgive and forget"

Tighter lockdown restrictions on the cards?

SANDF medical personnel are being deployed in Gauteng 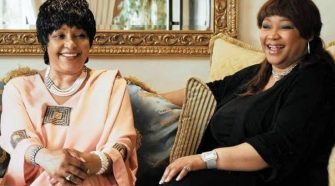