SK Khoza has came forward to apologize for s..ex party

Somizi reveals there are straight guys who want him, wish he breaks up with Mohale

Fugitives Shepherd Bushiri and his wife Mary’s extradition hearing is set to begin on the 8th of March.

The couple appeared in the Lilongwe Magistrate’s court, in Malawi, today after a warrant for their arrest was issued.

This was after the couple fled the country for Malawi, while out on bail , facing charges of fraud, theft and money laundering.

“Given our sound and healthy diplomatic, strategic and political relationship, and our common citizenship of the SADC Community, we are convinced that the Republic of Malawi will honour the letter and spirit of every provision of their International and regional obligations,” said Minister Ronald Lamola

According to Times 360 Malawi, Director of Public Prosecutions Steve Kayuni and lawyer Wapona Kita, who is representing the couple, have agreed not to arrest but to summon the two fugitives as they comply with the previous ruling of the court and Extradition Act.

South Africa wants the Bushiris extradited to face charges of theft, fraud, forgery and three counts of rape. The couple fled from Gauteng in November last year, claiming they would not get fair trial in South Africa. 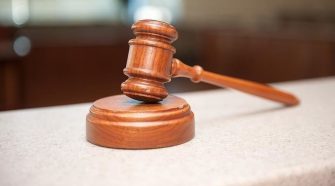