The taxi association on Friday said new conditions such as allowing taxis to load commuters to full capacity would be implemented from Monday.

The association has threatened a total shutdown if taxis were impounded and drivers arrested.

Santaco KZN office manager Sifiso Shangase said the government’s relief package of R1 billion would not assist them and, therefore, they had resolved to load taxis to full capacity as well increase taxi fares starting next week.

“We do not want to have a situation whereby commuters are forced to have permits, if they do not have permits, they should continue to board the shuttles.”

Shangase has lashed out at the government, saying it discriminated against the taxi industry.

“Gautrain is being subsidised by government to the tune of R150 billion year and it’s only being boarded by a few thousand people. But when it comes to minibus taxis, which is supported by millions of South Africans – the poorest of the poor – we do not have the subsidy.”

He said they were willing to negotiate with government but they would not back down on their resolution to load taxis to full capacity.

Next 3 Men shot dead on Highway 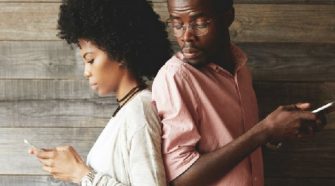 Ways to cope with an unfaithful partner