The former rap star, whose real name is Thulani Ngcobo, was found not guilty for his second charge of defeating the ends of justice after the judgement which took place at the South Gauteng High Court on Thursday afternoon.

Ngcobo and his long-term partner Catherine Modisane were involved in a fight after a drunken night out with friends which ended up Ngcobo pushing his wife forcefully, resulting in a severe head injury.

Ngcobo was presented as a poor witness and after arguing with the State prosecutor instead of answering questions during the trial proceedings.

According to the postmortem examination, Modisane’s head injury could have been from a violent collision.

The case was postponed to Friday for sentencing proceedings.

Previous Body of another woman found in Orange Farm

Next Informal trading puts food on the table 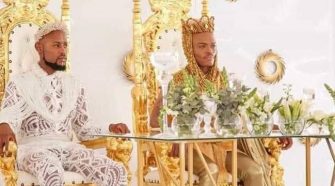 Somizi dismisses tweets of him swearing at husband Mohale as fake