Ben 10 Vusi Buthelezi wanted by police, Zodwa Wabantu says he is a fraudster

Jacob Zuma must appear before the state capture inquiry

Motorists urged to be cautious as rainy weather persists

Media personality Pearl Modiadie remains adamant that irresponsible drinkers will not adhere to the rules of the lockdown.

The Metro FM host ruffled some feathers this week when she weighed in on the government’s decision to lift the ban on the sale of alcohol on level 3 of the lockdown, which is expected to start on June 1.

Alcohol will be sold at limited times under the eased lockdown, but restaurants are still not allowed to host sit-ins, said President Cyril Ramaphosa on Sunday.

Pearl weighed in on the matter on Monday, during her lunchtime radio show ‘Lunch with Thomas and Pearl’.

Some listeners took to Twitter to challenge her views, with some saying alcohol helps them cope with mental illness and in stressful situations.

Others said the ban hardly makes a difference, as people are already buying the goods through illicit means.

Responding on Twitter, Pearl said her hesitation with the decision came from her not trusting irresponsible drinkers to adhere to the rules of the lockdown once they were under the influence of alcohol.

Previous Government not backing down on cigarette ban

Next Restaurants not happy with decision on churches 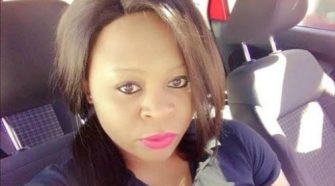