Palace Had ‘Concerns’ About How Dark Harry And Meghan’s Son Would Be, Meghan Says - Taxi Times

In a two-hour interview with Oprah Winfrey, Meghan Markle made dramatic disclosures, including that there were “concerns and conversations about how dark” her son’s skin might be.

Among the tabloid narratives about Prince Harry and Meghan Markle’s relationship, she has at times been depicted as a villain who changed him, created a rift between him and his family and, most recently, took him away from them.

On Sunday, viewers were able to hear Harry’s perspective directly. The prince said that although he believed he would not have stepped back from royal life if he had not met Meghan, he also could not have done it without her. Despite his life of privilege, Harry said, he felt trapped and “didn’t see a way out.”

“Without question she saved me,” he said.

For viewers to come together in this age and in this economy for television at an appointed time — interrupted by commercials even! — requires a high bar.

The ratings aren’t in, but tonight many watchers were reminded of the skill, empathy and just all-around mastery of communication and focus of Oprah Winfrey as interviewer. Even if it was all showbiz, even it was all an act, for viewers it felt engrossing and moving. 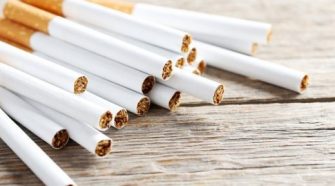