Mluleki George to have state funeral

Basic Education Minister Angie Motshekga announced a drop in the 2020 matric pass rate following an academic year that faced immense disruption due to the Covid19 pandemic.

Releasing the results on Monday, Minister Motshekga said that the class of 2020 must be commended for maintaining the 10-year-long trend of pass rates above 70%.

“As much as we had a drop I’m really grateful to all South Africans for having helped us because, in essence, I was expecting a bloodbath,” the Minister said.

Motshekga also noted that “without the progressed learners, the overall pass rate stands at 81.2%, a 1.1% decline from 2019.”

Meanwhile, the Minister reported a drop in the pass rates of all the provinces with the Eastern Cape achieving a pass rate of 68.1%, a decline of 8.3% from 2019.

Despite this, the province produced the country’s top matric learner, Reynhardt Buys, from Pearson High School.

“In celebrating the great achievements of the Class of 2020, we must also thank the principals, teachers, support staff, and parents for the work they continue to do,” Motshekga said.

Next AKA engages his girlfriend, Nelli Tembe

Meet learner who passed her Matric with full house 8 distinctions 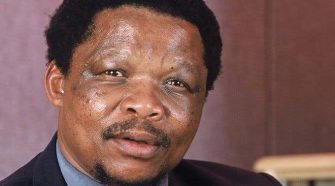