96 by-elections to be held on 11 November

Actress and television star Ntando Duma has cleared the air over a viral bedroom tape video currently circulating on social media. Ntando who is Mpho Sebata on Mzansi Magic soapie The Queen decided to set the record straight after many people concluded that she is the woman in the sex tape.

Writing on social media Ntando admitted that the woman in the tape is her photocopy but its actually not her. She went  on to declare that she would never do such a thing.

“I legit almost believed that was me in that video  yaze yafana nami leya ngane  but for confirmation, It is definitely NOT ME and I would never do anything of that nature. Have a good day everyone”

However a lot of her followers said on social media she will never admit it even if her videos leak to the public. Others even suggested that this could be the work of a jealous ex who wants to spoil things for her just because they were left by the wayside.

But some sympathised with her and said this is a clear sign of mistaken identity and people should not drag her name into things that do not concern her.

Previous Katlego Maboe arrested for being in contempt of court 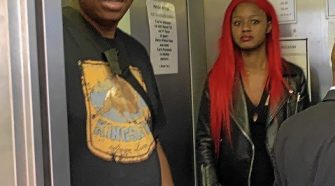 Babes Wodumo is a thief – Mampintsha exposes his girl