‘I feel healthier and lighter’

Social media was flooded with messages of appreciation for veteran isiXhosa newsreader Noxolo Grootboom after it was announced she would be retiring after 37 years in the industry.

The news was confirmed by the SABC on social media this week.

Noxolo started her career in broadcasting as a typist at the SABC in the 1980s before making her way to TV screens as a staple part of the evening news for more than two decades.

In 2019 she told online magazine The Bar she used her job as a typist to get to where she really wanted to be.

“I never looked down on that. I told myself this was an opportunity, a window I will use as my foot in the door at the SABC”

She was there to hold the hands of South Africans hands during some of the most iconic moments in the country’s history, including during the death of former president Nelson Mandela in 2013 and former first lady Winnie Madikizela-Mandela in 2018.

The much loved star, known for her popular sign-off line “ndinithanda nonke emakhaya”, will appear on screens for the last time on March 30.

As news of her retirement and last show made its way to social media, Noxolo’s name topped the Twitter trends list, with many calling for a “shut down” next Tuesday to watch the veteran’s final bow.

Among the messages, musician Yvonne Chaka Chaka remembered how Noxolo was a teacher before she began a career in broadcasting, teaching her several decades ago.

She described the star as “the most beautiful teacher” she had at the school.

Next New attorney of the High Court, Katlego Makgaila 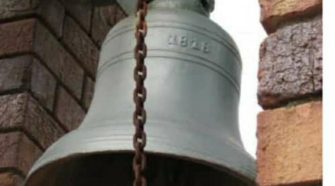