At least 600 SABC employees could lose their jobs

Zodwa Wabantu head over heels in love with new Bae, brags about Him driving her around

I am too old and vulnerable for jail: Former Crime Intelligence boss Richard Mdluli

Cooperative Governance and Traditional Affairs Minister Dr Nkosazana Dlamini Zuma will lead a briefing on National Coronavirus Command Council’s latest measures related to the country’s move to level 2 of the risk-adjusted strategy.
The NCCC briefing follows President Cyril Ramaphosa’s announcement on Saturday that the country would be moving to level 2 of the risk-adjusted strategy from midnight on Monday.

Ramaphosa said the decreasing case numbers and decreased levels of admissions in the country’s hospitals related to the coronavirus have provided an opportunity for other sectors of the economy to re-open.

He also announced the unbanning of tobacco and alcohol sales, topics which had become largely controversial over the past few months. Inter-provincial travel will now be permitted and people would be allowed to legally visit their families.

Gyms and fitness centres would be allowed to operate under strict conditions in line with containing the spread of the coronavirus.

International travel was still banned and the curfew had now been moved to 10pm. Dlamini Zuma’s briefing is expected to expand on Ramaphosa’s announcement.

Although the move to level 2 has been welcomed by some, Ramaphosa said in his weekly newsletter on Monday that citizens need to exercise caution.

He cited examples from other countries where economies had re-opened and as result cases were rising once again.
“We now need to manage this risk and ensure the gains we have made thus far in containing the pandemic’s spread are not reversed. The greatest threat to the health of the nation right now is complacency. It may be that we are now permitted to meet friends and family, to visit entertainment venues, to travel for leisure and to consume alcohol in restaurants, bars and taverns. But as the old adage goes, just because you can, doesn’t mean you should,” Ramaphosa warned. The briefing begins at 2pm.

These are the new updated lockdown rules for South Africa 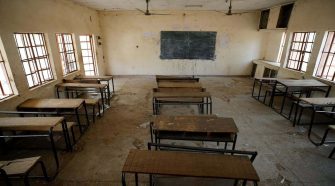