Khanyi Mbau gets dragged in mud after dissing boyfriend, Kudzai Terrence Mushango with a song. The South African star made headlines after dumping boyfriend in Dubai, while on vacation.

In a video which has now gone viral on social media, Khanyi was seen dancing and singing on a table.

The lyrics of her song says: ” “Shiya indoda e Dubai. Phuma ngathi uyabuya”, which means leave your man in Dubai, leave like you’re coming back.

“I don’t hate you, I never will. Now laugh, I am. We grow and learn,” Khanyi wrote on a photo of herself with Kudzai posted on her Instagram stories.

However, South Africans flooded Twitter with different reactions, but a higher percentage of people were embarrassed with how she mocked her estranged lover.

Next Meet this unique tribe in Africa 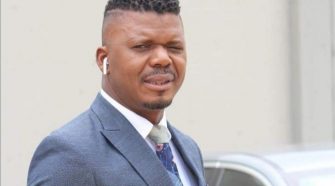