‘My remarks mustn’t be taken out of context’: Angie Motshekga - Taxi Times

‘My mom was passionate about investing. We listened to share prices every day’

Beast (w)rapped up for his Birthday

In a video captured by Newzroom Afrika, she can be heard saying the government was prioritising education because “only through education can we deal with challenges facing our communities”.

“An educated man won’t rape,” said Motshekga to the pupils.

The pupils can be heard disagreeing with Motshekga’s statement.

“I thought they need to be a bit civilised not to do certain things, now I’m disappointed,” Motshekga responded to pupils.

Photos of pupils drinking and smoking in school uniform

Drama at school in Hammanskraal as matric pupils tear off uniforms 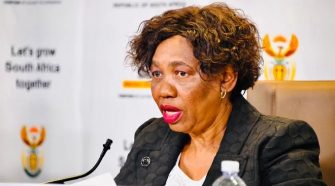