Being homeless scares me more than Covid-19

#Uyajola99: Jasrine snatches wig of her Boyfriend’s side chick, Fans left in stitches

The body of a missing 11-year-old boy from Boikhutso Village outside Bushbuckridge, Mpumalanga was found in a river on Tuesday. The boy was last seen when he went to play with his friends.

But he never returned home, the matter was reported to cops and a search began on Saturday.
Mpumalanga police spokesman Brigadier Leonard Hlathi told Daily Sun a missing person’s case was opened at the Bushbuckridge Police Station.

“Community members alerted police a body was found at the dam near Boikhutso area.

“Police immediately rushed to the scene and found the lifeless body matching the description of the missing boy,” said Hlathi.
He added that an inquest docket was opened for further investigations and post mortem results will reveal the cause of death.
Meanwhile, Hlathi said a manhunt was launched for suspects who shot and killed Pinky Lebethe (47) at Marite Carlton Trust outside Bushbuckridge last Wednesday.

This after police received a complaint someone was shot. On their arrival at the scene, they found the deceased lying on the ground with a gunshot wound.

“The family members told police the deceased went to take her clothes from the washing line and they heard a gunshot. When they went to check, they found their family member shot by unknown people who fled the scene,” he said.
He said the motive for the murder was unknown and a manhunt was launched for the suspects.

Anyone with information on the whereabouts of the suspects can contact investigating officer Detective Sergeant Sibusiso Sibuyi on 082 065 1659. 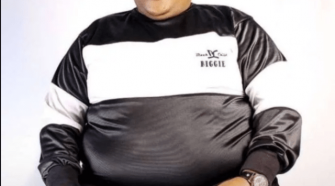