How to spot a scam: WhatsApp gifting and other pyramid schemes

2 die after being struck by lightning in Gauteng

Cassper heart broken As Mzwandile Returns To The Streets

Newly crowned Miss SA Shudufhadzo recently tweeted about her aspirations to become president and tweeps have had mixed feelings towards her tweet.

Despite the many appreciative supporters who thank her for being a sight for sore eyes, there is also a fair amount of haters who feel as though she has not been carrying her duties as a Miss SA.

Many have compared her to the current Miss Universe Zozibini Tunzi whose voice was very vocal when it came to chilling topics including gender based violence.

The country is faced with many social ills and many people have been looking in Shudu’s direction for words of encouragement. Like many would like to argue, she is Miss SA after all so she automatically became a role model. 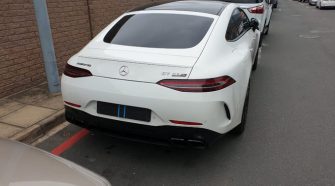 More than 50 SASSA cards and cash seized by police, suspect in custody