Somizi: I Am Not Afraid Of Losing Anyone

Divorce is not easy, it feels like losing a best friend – Sarah Langa breaks silence

School nutrition programme to continue, children can get meals from their nearest schools

Minister in The Presidency for Women, Youth and Persons with Disabilities, Maite Nkoana-Mashabane has condemned the killing of Tshegofatso Pule.
Pule’s body was found hanging from a tree on Monday with multiple stab wounds.
The 28-year-old was eight months pregnant when her lifeless body was discovered in Roodepoort, in the West Rand.

“This is just saddening and is a shame on our society. We should never allow gender-based violence to become a norm in our communities.
“How many more women, young girls and children must live with this constant fear of being attacked and violated? Women should not have to protect themselves from men. They have the right to feel safe,” says Nkoana-Mashabane.

The minister has called on all men in the country to stand against gender-based violence (GBV).
“Government will do everything possible to ensure justice is served and calls upon men in our society to stand up against GBV.
“Violence against women and children is unacceptable and we should not allow vile tendencies to continue during such a difficult time for the country, or ever.”
The minister says the inter-ministerial Committee on Gender-Based Violence and Femicide (GBVF) held its second virtual meeting to deliberate on processes for the establishment of the National Council for Gender-Based Violence and Femicide.
She says the national council will be an independent and non-partisan advisory body and will provide strategic leadership in implementing the NSP, facilitate resourcing, coordination and accountability in responding to GBVF. 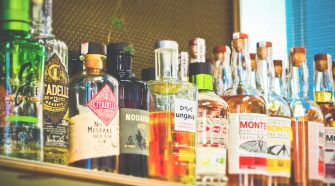