A 76 year old man appeared in court for rape

ANC accused of ‘ignoring own laws’ at funeral

Lockdown has hit the print media industry hard. Over the past few months, several magazines have been permanently closed, including the iconic titles Cosmopolitan, House & Leisure and Bona. Another company has now joined Associated Media Publishing and Caxton in the closure of several print media titles – Media24.

THE DECLINE OF PRINT MEDIA
In a statement, CEO of Media24 Ishmet Davidson said the priorities of the company were health and safety and business continuity, but that “the pandemic has accelerated the pre-existing and long-term structural decline in print media, resulting in a devastating impact on our own already fragile print media operations with significant declines in both circulation and advertising since April.”

“Even with a return to pre-Covid-19 economic levels, the impact of the pandemic on our print media operations will be unrecoverable. Sadly, we have no choice but to restructure our business now to curtail the losses in our print portfolio and allow us to focus on keeping the retained titles sustainable and in print for as long as possible.”

MEDIA24’S PLANNED INTERVENTIONS
The company will start consultations with staff today. The move is expected to affect approximately 510 staff members with a reduction of around 660 positions out of a total staff complement of 2 971 across print media and distribution divisions.

The five magazine titles up for closure include Move!, Men’s Health, Women’s Health, Bicycling and Runner’s World. DRUM will potentially move online and others like Fairlady and tuis | home will be outsourced or have reduced issues.

In the newspaper portfolio, the company announced the potential closure of Son op Sondag and Sunday Sun, as well as the Eastern Cape edition of Son. Volksblad and Die Burger Oos-Kaap will become digital only, and The Witness will begin the transition to digital as well. Several community newspapers in Kwa-Zulu Natal will close, and other community titles will be combined into single newspapers.

The company will also be reducing staff in their media distribution business as well as in divisional and corporate services departments related to the proposed reduced print media operations.

“We are fully committed to managing this highly sensitive consultation with compassion while following the process as prescribed by law. Unfortunately, we cannot share any further details until the process has been concluded,” says Davidson. 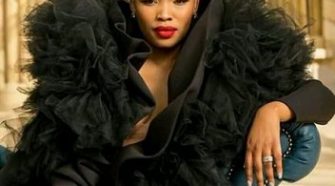