Hundreds cash-strapped due to Sassa glitch

‘This Is Not A Burial, It’s A Resurrection’, starring the late South African screen legend Mary Twala Mhlongo, opens in cinemas across South Africa on 21 May.

It is the first film from Lesotho, made by a Mosotho filmmaker, to screen at an international festival. Directed by Lemohang Jeremiah Mosese, the film was viewed by critics as one of the best at this year’s Sundance Film Festival, where it premiered in January. It was also Lesotho’s first-ever submission to the Oscars and the Golden Globes.

“The veteran actress passed away last July and now the anxious, unyielding melancholy of her character hits harder. That we as a planet have ourselves suffered through unimaginable loss adds a further, unexpected resonance. For so many, the question “Where would you like to die?” is no longer abstract or speculative, but rather one of plaintive urgency. This Is Not A Burial, It’s A Resurrection would be an exceptional film under any circumstances, but it has a special power at this particular moment.”

“The film continues to travel internationally, and has taken home 26 awards to date,” says Helen Kuun, MD of Indigenous Film Distribution. “We are delighted that it has attracted so much positive attention internationally.”

The visually striking drama, set in the mountains of Lesotho, opens with an elderly widow named Mantoa (Mary Twala), grieving the loss of her son.

Determined to die and be laid to rest with her family, her plans are interrupted when she discovers that the village and its cemetery will be forcibly resettled to make way for a dam reservoir. Refusing to let the dead be desecrated, she finds a new will to live and ignites a collective spirit of defiance within her community.

Previous Custom made coffins in Ghana 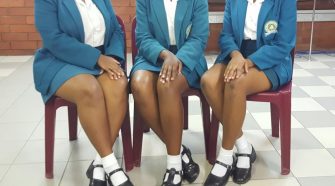