Woman dies 5 days after her wedding

Taxi driver shot dead on N11 near Modelkloof in KZN

Lasizwe believes Kids should be taught about Homos.e.xuality from the young age

Alleged drug lord, Teddy Mafia to be laid to rest

In a statement, MP and traditional prime minister to King Zwelithini, Mangosuthu Buthelezi, said: “It is with utmost pain and sadness that we announce the passing away of His Royal Highness Prince Lethukuthula Zulu.”

According to the Daily Sun, his death may have been as a result of criminal activity.

The report states Zulu’s body was found by security personnel at the complex where he lived in Northwold, Johannesburg.

Several neighbours reported hearing a commotion which happened at his flat in the early hours of Friday morning, and a window being broken.

“The Zulu Royal Family and the Zulu nation grieve this sudden and unexpected loss,” said Buthelezi.

“Arrangements for the funeral will be announced in due course. For now, our deepest sympathies and support are with His Majesty and the Royal Family.” 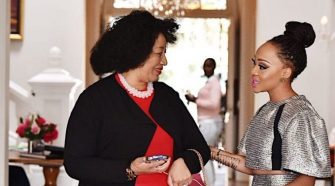