Phil Mphela heartbroken over the Passing of His Ex-Boyfriend

Pirates release Mlambo and 7 others

Professor Salim Abdool Karim has dismissed claims that he was receiving funding to the amount of R944 million from the Bill and Melinda Gates foundation.  Karim said that it was “fake news” posts and nothing more than “nonsense.”  Karim, an epidemiologist and infectious diseases specialist, serves on the ministerial committee that advises Ramaphosa on the SA response to Covid-19.  He is also the head of the Centre for the Aids Programme of Research in South Africa (Caprisa) at the University of KwaZulu-Natal. He said that he became aware of the posts after one had been sent to him.

The link connects to another tweet which alleges the funding was supplied for “vaccine strategies and policy decisions”.

The two posts, collectively received only 42 retweets and 26 likes but appear to have been widely disseminated on platforms such as WhatsApp.  Logie Naidoo, deputy mayor of Durban, took to Facebook to post what he described as Karim’s “official response.”

The post read: “To people, especially the Muslim community, that are spreading fake news about Prof Karim. This is his direct response: ‘This fake news about me receiving money from Gates is spreading within the Muslim community. It is from a fake news Twitter account that was closed by twitter for spreading other fake news as well. I have served on the Gates Foundation Scientific Advisory Board for about 10 years. I also chair the WHO Scientific Committee on HIV and lots of other committee (sic). Since when is it wrong to advise these bodies? Because I am an adviser to the Gates Foundation, I do not have grant funding from Gates. Please convey the truth to help stop the fake news.’ If you spread fake news and conspiracy theories, please unfriend me, I have no patience for this.”

Dr Karim later confirmed that he wrote the message: “If you go into Twitter you will see the original post has been shut down as a source of multiple fake news stories, not just this one. It has obviously been set up to generate this kind of nonsense.”

“Several people started sending it to me, asking if I knew about the fake news that was going around? I sent a short note to one of them saying please don’t send me this stuff, it’s all nonsense, here’s the facts. I didn’t even think it was worthy of a response,” Karim said.

“Put simply, I was an adviser to many organisations. I chair the World Health Organization scientific committee on HIV and the UNAids Scientific expert panel,” he said.

When asked whether he, Caprisa or the MRC had in fact received any funding from the Bill and Melissa Gates Foundation, Abdool Karim said: “Even if I did, what has that got to do with Covid-19? My view is whether I received money or not is irrelevant to Covid-19. It doesn’t impact on my objectivity or my scientific credibility on the issue of Covid-19, in any way. Bill Gates and what he is doing has got nothing to do with what I do with regard to the virus or whether I received money or not.”

When pressed for an answer to the question, Karim declined to answer.

“I am not answering the question because I don’t feel I should justify whether I received funding from the foundation or not. That should be irrelevant to my scientific stature and what I say about Covid-19.” 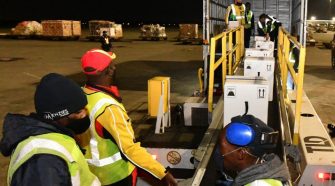