A 61-year-old man has been arrested for allegedly raping a seven-year-old boy in Muldersdrift, Johannesburg.
“It is alleged that on [Monday] at one of the plots at Rietfontein, the suspect sent the victim to the shop. On his return, the suspect instructed the victim to undress and pushed him onto the bed, and covered his face with a pillow and raped [him],” said police spokesperson Const Boitumelo Sehloho.

The man is set to appear in the Krugersdorp magistrate’s court this week.
“Gender-based violence is one of the main focuses of SAPS’ national strategies to decrease crimes against women and children. Rape is one of the priority cases in Muldersdrift precinct area,” said Sehloho.

“We will make sure that perpetrators of crimes against women and children are brought to book and face the full might of the law.” 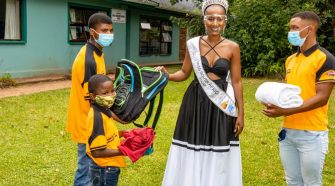