Since Somizi’s absence from the show, ratings on Idols SA have reportedly plunged by over 300,000 viewers. According to Channel 24, the show went from a record high 1 018 607 million viewers to around 693K since Somizi’s departure.

In August fans of the show took to social media to voice their disappointment that the effervescent Somizi was no longer on the show.

Somizi took time off his presenting roles at both the SABC and Idols SA after abuse allegations were levelled against him by his estranged husband Mohale.

The show producers decided to introduce guest judges on the show until the end of this season as the Top 10 has just been selected.

Idols SA ratings have now fallen by 31.98% in August and the show has since plunged to the 10th most-watched show on DStv.

Since Idols SA episodes were still pre-recorded for August, Somizi appeared on the show from 8 August until 22 August, however, a third of the show’s viewers suddenly no longer seemed to be interested in the show any further.

At the beginning of the current live show round, the channel announced that a new guest judge would join Unathi Nkayi and Randall Abrahams every week.

Idols SA producers agreed to Somizi’s request for time off so he could deal with his personal circumstances. Somizi and Mohale have both issued statements that their divorce process is underway and called for privacy during this time.

Previous I got pregnant through peer pressure – 21-year-old recounts 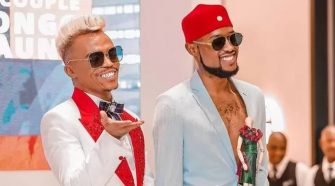