Four gunmen have hijacked a delivery vehicle and made off with a USB containing highly sensitive information.

The DA’s Mat Cuthbert revealed that the courier vehicle arrived at the party’s Federal Head Office in Cape Town just after 1pm.

“At that very same time and similar to a James Bond movie scene, four gunmen intercepted the delivery and made off with the USB drive,” he said.

Cuthbert explained that the DA had requested information regarding a service provider contracted to the NLC to advise the commission on how to distribute COVID-19 relief worth R150 million. The NLC paid the service provider R460 287.50.

“Despite efforts by the NLC to block previous attempts by the DA to gain access to this information, our PAIA application was granted and the NLC promised that yesterday all requested information would be delivered to the DA federal head office in Cape Town on a USB stick due to the voluminous nature of the information requested,” he said.

Cuthbert said it was extremely suspicious that gunmen would intercept the information that the NLC was so loath to hand over.

“It certainly appears to be an orchestrated attempt, by who we can only speculate at this point, to circumvent the due process of the PAIA application and keep the information contained regarding the beneficiaries of this NLC tender from public view,” Cuthbert said.

He said the hijacking also raised serious security concerns regarding the safety of whistleblowers.

“We are urging police to ensure that all involved in this heist be arrested as a matter of urgency, and we urge the NLC to honour the PAIA application and send the information again,” he said.

Next Meet the alleged Limpopo billionaire who washes his face with a two litre bottle of Coke. 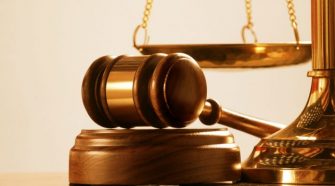