eThekwini lashes out at artists for protesting

Ginimbi was still alive when We Pulled him out of Vehicle, We tried to Help other the Seat belt Fail to Unbuckle and the Car Exploded in to Ball of Fire- Zimbabwe Man Cry Out

The death of Ginimbi popular Zimbabweans millionaire socialite has cause alot of pain in the heart of many people who never expected him to depart from this world in such an awful and terrible way.

However, some eyewithness who happens to have experience the scene Said ” Ginimbi was still alive when they pulled him from the car while trying to help others the seat belts Failed to Unbuckle and the Car Exploded and the people inside Burn to Ashe.

Guys he wasn’t putting on a sit belt with that impact it’s possible he had chest injury so how then do u perform a CPR on someone with fractured ribs . wasn’t there just my thinking.#thetraumaofwitnesingdeath

Many thanks to those who came first at scene and did something very meaningful trying to help the accident victims. You did your best. Those who came late where only there to take pictures.

Such experiences will not be easy for the eye witnesses to get over….they’ll be traumatized for days replaying the horror they saw and those screams for help.I hope counseling services will be offered to them.may the souls of the departed RIP.

I am trully appalled by the ZRP highway patrol officers, a scene of accident should never be treated like that.Pple need to help in the event of accident Ginimbi was alive ,On deteriorating CPR should have been done until help arrives.Teach people saving lives not taking videos

Below are some reactions by social media users;

When you a accident victim out, first aid is crucial.Airwaves, breathing, heart must be kept functioning and body in recovery position.Genius could have been saved!

There were still other people in the vehicle that were to be rescued and the vehicle was flaming. What would a normal person\people do? Obviously, they will first rescue all the people and attend them when they are all free from from the flaming object. This guys did all they can

Apparently all those who get to an accident are not first aid people, I know ambulance technicians are taught that nit motorists, maybe suggest that to have a driver’s licence you should also do first aid.

Next The dangers of purchasing second-hand tyres 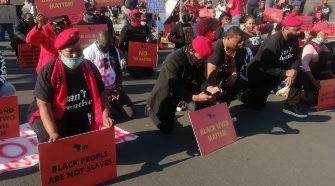