Spotlight is back on AKA

Government informs South Africans of the details on the Special Official Funeral of the King Goodwill Zwelithini KaBhekuzulu.

King Goodwill Zwelithini KaBhekuzulu passed away in the early hours of Friday, 12 March 2021, after an extended illness.

The national flags have been flying at half-mast since Saturday, 13 March 2021. The Special Official Funeral Category 1 is accorded with military honours.

The burial will be a private Royal Family service. The official memorial service will take place at the KwaKhethaomthandayo Royal Palace in Nongoma on Thursday, 18 March 2021 at 10:00am.

Government wishes to advise anyone who would like to send a message of condolence to the royal family, to the Zulu nation, and to the people of KwaZulu-Natal to utilise the e-condolence book available at the condolences@gcis.gov.za email address.

Next M1B by Mazibuko Motors.

Man who knew he had Covid-19 but kept going to work was rightfully dismissed, says court 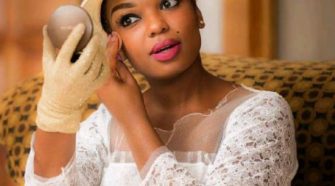