Even if South Africa could administer at least one Covid–19 vaccine dose to 35 million people by year-end, it might be too late to take the teeth out of a fourth wave.

This is according to Professor Francois Venter, the director of Ezintsha at Wits health sciences, who was speaking to the Sunday Times about South Africa’s vaccination programme.

According to Venter, a fourth outbreak of the coronavirus could hit South Africa as early as November.

Venter’s comments follow a statement from the deputy director-general of the national department of health, Nicholas Crisp, who said that South Africa is on track to vaccinate 35 million people by Christmas.

While lower than South Africa’s initial target of 67% of the population (roughly 40 million people) by year-end, Venter said that even the new 35 million goal is ambitious.

He characterised hitting the target as “pulling a rabbit out of a hat”.

Venter said that there was a lot to be celebrated in South Africa’s vaccine rollout but that government must pay attention to how many older people are being vaccinated.

He said that while it would be wonderful if 35 million people received a shot by the end of the year, it wouldn’t be good if many people over 50 years old were still unvaccinated.

Gray said that new strategies, such as mobile vaccination units and targeting people queueing for social grants, had borne fruit and increased the reach of the vaccine programme.

Next Gender Commission unhappy with inhumane treatment of looters 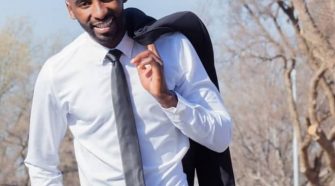