A South African woman, Rosemary Ndlovu, has shocked the nation after she was seen on camera allegedly hiring a hitman to kill her sister and five kids. What has also left everyone speechless is the fact that the accused is a police officer in Thembisa. The whole evil plan was hatched so that Rosemary can cash in on insurance claim as the beneficiary.

Ndlovu has been accused of a string of crimes, they include the murder of at least six of her relatives and her boyfriend, and the attempted murder of seven of her relatives, including her sister and her five children. The former cop is also facing numerous charges of fraud and defeating the ends of justice.

Leading to her arrest, Ndlovu was picked up at a hospital by Njabulo, Jabulani Petros Mtshali and an undercover cop who was introduced to Ndlovu as Sithole. The State alleges that Ndlovu – a former police officer – has claimed over R1.4 million from insurance policies over the years paid out over the murders of six family members.

The state submitted that Njabulo approached the police and informed them Ndlovu, a police officer based at the Thembisa South police station, who had arrested him on a gun possession charge in 2011 or 2012, had been pestering him to kill her family members so she could cash in on insurance policies.

A sting operation was arranged, in which the four drove to Bushbuckridge while Ndlovu was being secretly recorded by a device planted in the car. During this drive, she told the men in detail how she wanted them to kill her sister and five children by setting their house alight.
The men then informed the police of Ndlovu’s plans. A sting operation was set up and Ndlovu was arrested. The two alleged hitmen, Njabulo Kunene and Lakhiwe Mkhize told the court how Ndlovu booked herself into a hospital and secured a day pass. The men claimed Ndlovu did this in order to get herself an alibi.

En route to Bushbuckridge, where her sister lived, Ndlovu stopped to get petrol which she told the men to use to set the house alight.

After laying out the plot, Ndlovu asked to get dropped off at a taxi rank so she could travel back to the hospital. She was arrested shortly thereafter.

Ndlovu on Tuesday denied all the allegations against her.

She said she would never plot the deaths of her sister, nieces and nephews. She added that she did not know why the men would give false testimony.

Ndlovu has a trial of bodies behind her name.

Previous Patrick Seleka Admits To Abusing And Cheating On His Wife 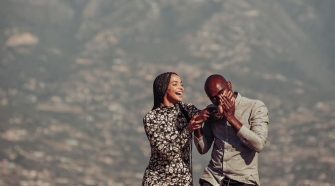