Prophet Bushiri and his wife Mary are allegedly in SA illegally

Manaka Ranaka responds to rumours of stealing her friend’s husband

Somizi To Help A Needy Child With A Brand New Wheelchair

Buhle Maseko Gushes Over His Bae In A Sweet Anniversary Message

There was an air of excitement at Hosea Kekana Secondary School at Marokolong in Hammanskraal, Tshwane on Wednesday, 9 December.

This as matrics wrote their last exam paper.

After a long and complicated year, the pupils said they were happy to finally be done with their exams.

This despite Basic Education Minister Angie Motshekga condemning the pupils who tear up their school uniform.

She advised them to donate the clothes to the needy, instead.

The pupils said they tore their uniform to show how terrible the year was.

One of the pupils said she wore old school uniform and the decent one was at home, which she would donate.

She said she would keep the one she wrote her name on as a remembrance.

Meanwhile, the pupils said their final paper, English, was easy.

Kgomotso Ntjana (17) said: “This exam is going to give me a distinction for sure.

That’s why we are celebrating.”

She said everything went smoothly just as their teachers taught them.

Gauteng education spokesman Steve Mabona urged pupils to donate their uniforms to younger ones, instead of tearing them up.

He also warned them to stay away from alcohol.

Next Anele Ngcongca laid to rest 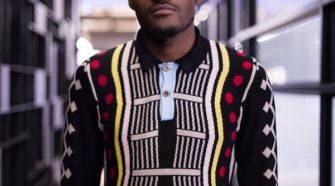 Laduma Ngxokolo ’s MaXhosa designs will be featured in the #Coming2America