DJ’s Fresh (Thato Sikwane) and Euphonik (Themba Nkosi) have reached a mutual decision with Primedia Broadcasting that will see the pair step down from their roles at 947.

According to Primedia and its Acting Chief Executive Officer Geraint Crwys-Williams, this decision will allow the pair to focus on addressing “the sexual assault charges levelled against them”.

“We take these matters extremely seriously and apply a rigorous, systematic internal process to assess them,” Primedia said.

“Primedia Broadcasting, DJ Fresh and Euphonik have reached a mutual decision for both DJs to come off air in order to focus on addressing this matter.”

The DJs and music producers released a joint statement on Twitter on Saturday they’ve “decided to step away from all public work engagements until such time that the serious allegations have been resolved and the law has taken its course”.

Next Minister Blade Nzimande to host a media briefing 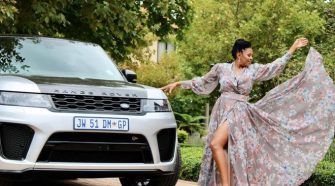