Drama at school in Hammanskraal as matric pupils tear off uniforms

SA places eighth for for new infections as lockdown eased

Mokoena passed away last Wednesday following a long battle with cancer and is due to be buried at the Methodist Church in Bohlokeng, Bethlehem on Friday, 26 June.

it has now been confirmed by Free State premier Sisi Ntombela that ‘Bra Mike’ will be granted a provincial official funeral.

“The President of the Republic of South Africa, His Excellency, Cyril Ramaphosa has on 22 June 2020, approved the request that the funeral of the late Liphapang Michael Mokoena be declared as Special Official Funeral Category 2,” read a statement from government.

“President Ramaphosa has thus instructed that the National Flag fly at half-mast in the Free State Province, at all government buildings, on the day of the late Mike Mokoena’s funeral service.”

The funeral will, however, remain in line with the current Covid-19 Lockdown Regulations, which limits the attendance to less than 50 people.

“The service at the church will start at 10am and he will be laid to rest at Utopia Cemetery,” read another statement from the Mokoena family.

“In line with government Covid-19 guidelines, there will be no memorial service held to celebrate the life and times of Ntate Mokoena. The family will consider holding one at a later stage.

“Many South Africans would also want to attend the funeral but we will have to limit the number due to Covid-19.”

Previous Where did he get it? Man smokes cigarette during Live TV interview

Next Unemployment stats reach a record 30.1% in SA 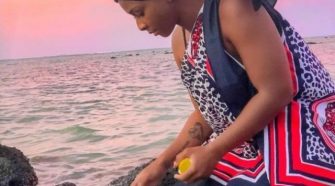 ‘The Bible is the epitome of patriarchy’ says sangoma Boity Thulo