A 29-year-old man, Mpho Thobane, has been sentenced to 20 years imprisonment by the Johannesburg Magistrate’s Court. Thobane was found guilty of murder.

His girlfriend, Viwe Dalingozi(32), succumbed to severe burn wounds at a Joburg hospital in November 2018.

Viwe’s uncle Fezike Dalingozi says it has been a difficult journey as convicted murderer Mpho Thobane is sentenced.

Dalingozi’s uncle, Fezile Dalingozi, said Thobane had a right to appeal his sentence.

“There is no amount of sentencing that will bring her back. Whether he would have received a life sentence or not, it would not have brought her back.

“We are living in a democratic country and he has a right to appeal the sentence. We are going to sit down at home in the Eastern Cape and discuss if we will oppose his appeal.

“Whether he appeals or not, our child will never return home. She is dead and gone forever. There is no amount of activity going forward that will bring back her life. Whatever they want to do, the family will sit down and discuss the proceedings of today.”

Fezile said the murder trial had been painful for the family.

“We are hoping that one day that the wicked shall seize their troubling. One day, wicked people in our community will at least stop what they are doing. This does not have to happen anymore to any of our children and women,” he added. 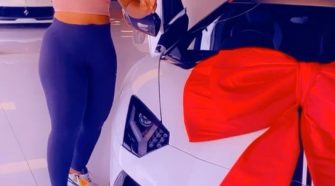