Tshegofatso Pule alleged mastermind behind her murder, Ntuthuko Shoba is back today at Roodepoort Magistrates Court.

Ntuthuko Shoba’s lawyer, Shady Sithole says there is no evidence that if he is released, he will temper with the evidence.

The state argues that the accused on #Tshegofatsopule murder case, Ntuthuko Shoba cannot be granted bail because what he calls new facts in his second bail application, is actually a mixture of new and old facts.

Next Sophie Lichaba reportedly split from her cheating husband 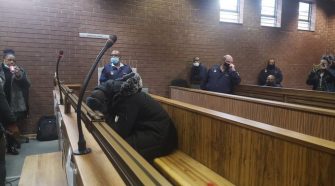