Ginimbi’s death was prophecied one month ago

Zodwa Wabantu takes a bath in a river, cleans her

Double Olympic champion Caster Semenya and wife Violet Raseboya have hinted on Instagram that a baby girl has arrived.

The former world champion tied the not with her love Raseboya in 2017 at a colourful wedding ceremony.

Lately, Semenya has been posting images that suggest the couple have already welcomed a third member of the family.

Rumors has it that the couple welcomed a baby girl a few months ago. Raseboya calls herself ‘Mama Ora’ on Instagram a hint that the baby’s name is Ora.

The 29-year-old failed to defend her title at the 2019 World Athletics Championships in Doha, Qatar after a Swiss Court ruled that she should take testosterone limiting medication to be allowed to compete.

Semenya has since joined a women’s football team in South Africa. She once revealed that she will compete in 200m race at the postponed Tokyo 2020 Olympic Games. 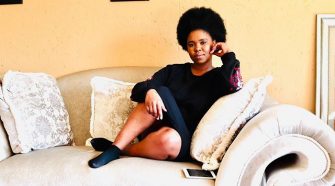