Since releasing a statement about the physical altercation with Boity Thulo, Bujy has been served with a letter of demand.

According to TimesLive, Bujy was served with the letter ordering him to pay Boity R1 million for injuries and damages she sustained due to the assault.

“I need to take accountability for her scars but now, she opened a case, I got arrested. The worst part is that she sent a letter demanding R1 million and I’m just like, so you don’t want to resolve this. Where will I get R1 million when both of us are at fault?” he shared with the publication.

On Thursday leaked audio and an image from the night of their violent outburst at a hotel surfaced. Boity was hit in the face with the bottle and was left bloodied up as a result, with cuts across her face.

In his statement Bujy said, “I have been accused of GBV, which in no way sits well with me, as I have been labelled as an abuser – which I am not – and it saddens me to see how this has spiralled out, with people believing and siding with one side of a story.”

This follows the incident of assault with Boity last week in which Bujy allegedly threw a bottle of alcohol at the media personality.

Boity and Bujy exchanged personal insults, with Boity saying, “I’m a bigger person than him, everyone thinks he’s like…no one. No one knows who he is.”

Bujy then hit back about Boity’s ancestors being fake after she tried to give him a reading which her ancestors had manifested for him.

More insults were hurled before the sound of glass breaking can be heard and people around them yelling for them to stop.

Bujy was released on bail of R2000 after spending a weekend in jail.

Next Mzansi Gushes Over Vusi Nova And Lasizwe’s Cute Pic 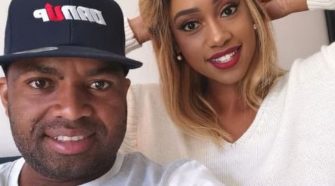 Itumeleng Khune Confirms Baby Number 2 Is On The Way