Gift of the Givers questions accuracy of COVID-19 figures

Busiswa Appeasing Her Ancestors With Champagne

Social media is abuzz with video of Ami Faku’s die-hard fan who got chased by a dog while singing. The fan appears to be a very young girl, and she proved to be a fan of the singer by singing one of Ami’s song titled, Ubuhle Bakho.

However, things got hilarious when a dog appeared from nowhere, chasing her off the spotlight. Lots of social media users, including Ami and some other celebs like Busiswa couldn’t help but laugh really hard. 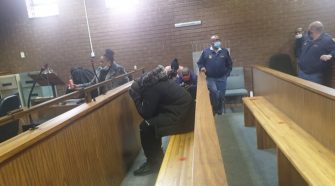