This, according to the National Prosecuting Authority’s Monica Nyuswa.

Mdeliswa had a prominent role in SABC1 drama series iKani at the time of her passing.

Although only one man is being charged for the murder, three suspects were initially arrested for unlawful possession of the firearm believed to have been used in the murder.

Charges against the other two were withdrawn because they could not be linked to the murder.

Mbatha last appeared in the Evander magistrate’s court in mid-September, where the matter was postponed to later that month for a formal bail application. Mbatha was denied bail at his next appearance.

“The matter is on the roll-on 10 December 2020. The investigation is ongoing and the matter will be transferred to the High Court for further hearing,” said Nyuswa when speaking to The Citizen.

Mdeliswa died at Steve Biko Academic Hospital in Pretoria, where she had been transferred after being moved from hospital to hospital.

Her death was confirmed in a statement issued by her family at the beginning of September. They asserted that her murder was an act of gender-based violence.

“It is with great sorrow that we inform you of the passing of our dearest daughter. She was shot in Evander, Mpumalanga on Thursday, 3 September 2020. She was immediately rushed to Evander hospital, stabilized then airlifted to Witbank, after which she was transferred to Steve Biko Academic Hospital (Pretoria), as her condition was critical but stable. She passed on in the morning of the 5th September 2020 (Saturday).”

The family further confirmed that the circumstances surrounding her death were still under investigation by police in Evander.

“The brutality which was inflicted on our daughter has left us deeply hurt. This is another incident of violence against women (gender-based violence) which our country has to fight against. We believe justice will be served.”

She was laid to rest in an intimate funeral the weekend after her passing.

Next Zodwa Wabantu shows off her Temperature dance moves 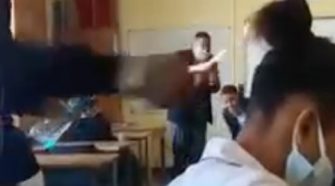