Body of Tazne Van Wyk (8) has been found, suspect arrested

I Am Confident In My Own Skin

Is Herbal Treatment OK for COVID-19

Girl, 13, “pregnant by boy aged10” is rushed to hospital with birth complications

She’s university educated. Lives and works in Richards Bay in KZN. She is Nontuthuko Mgabhi, the only African distance runner to have done and completed the World Marathon Challenge. That grueling challenge, that’s 7 marathons on 7 continents in 7 days.

“I felt it was time to do something that will not only challenge me personally but that will be of benefit to others. I decided to go beyond for a child,” says Nontu, as she is commonly known.

To “go beyond for a child” means taking on a challenge that has never been done by an African woman, raising funds in the process to help underprivileged children in her province through education.

The only African to have completed the World Marathon Challenge before is Johannesburg businessman Ross Taggart, who did it in 2018. The Challenge sees contestants running seven marathons on seven continents in seven days. It’s probably the ultimate road runner’s challenge.

The first of the seven races takes place in Antarctica on 6 February 2020. Participants then fly to Cape Town to run the next day before heading to Perth, Australia. Dubai in Asia follows, with Madrid in Europe thereafter. The Americas complete the Challenge. First up is Santiago, Chile, and then Miami in the United States to bring the curtain down on the adventure.

Previous Bunny Wailer, Reggae Pioneer With the Wailers, Dies at 73

Next Siv gets dragged

Zulaikha Patel is releasing her book

Started a fast food restaurant in a bus 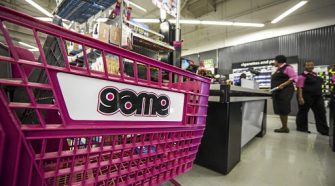