2020 Comrades Marathon postponed due to COVID-19

Zodwa Wabantu gets tested for Covid-19

Community of Mbuzini in Mpumalanga, near Komatipoort has  set Dumisile Mahlangu, an 80 year old woman alight and burned her. They were accusing her of witchcraft. They tied her, locked her in her house & set it alight. Four people have since been arrested.

Lt Zuma said that the Police were notified of the horrific incident and managed to trace certain suspects who were allegedly involved.

“According to a progress report on the case, other suspects are still outstanding on this investigation and arrests are imminent” said Lt Zuma.

This is a developing story… 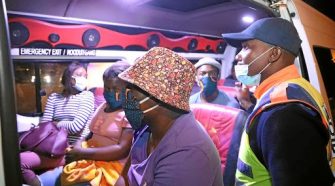